What is Auto Reclosing?

What is Auto Recloser, and How Does It Work?

From the substation to the residential utility poles, users use reclosers throughout the power distribution system. They range in size from modest reclosers for single-phase power lines to massive three-phase reclosers.

Why would you want to utilize Auto Reclosing?

Electric utilities worldwide acknowledge automatic circuit reclosers as a critical technology for achieving their primary goal: delivering maximum continuity of electric supply to its consumers simply and cost-effectively. Reclosers detect and interrupt fault currents, restoring service automatically after a brief outage. The automatic circuit recloser is essentially a self-contained device with the intelligence to see overcurrents, time and interrupt fault currents, and re-energize the line by automatically shutting the circuit. If a failure is permanent, the recloser locks open after a predetermined number of operations (typically three or four), isolating the defective segment from the rest of the system.

Reclosers save the electric companies a lot of time and money since they allow power to be restored automatically after just a few flickers. Reclosers reduce the outage area and assist crews in swiftly locating the problem and restoring power during outages that need a repair crew. Electric power users – residential, commercial, industrial, and institutional – are spared the cost and inconvenience of frequent power outages.

Manufacturers would not have brought many critical process power-use devices, such as computers, pumps, and assembly lines, into existence without this high level of power stability.

What is the function of Auto Reclosing?

A user uses single-phase reclosers to protect single-phase lines in a three-phase feeder, such as branches or taps. They can employ it on three-phase circuits with a majority of single-phase loads. When a persistent phase-to-ground fault occurs, one phase can be locked out while the remaining two-thirds of the system remains operational.

Single-phase reclosers are often mounted directly to the pole or substation steel structure by the built-in mounting hanger bracket, which removes the need for an extra mounting frame due to their lesser weight than bigger three-phase reclosers.

Three-phase reclosers are used on three-phase circuits to increase system dependability and to avoid single phasing of three-phase loads such as big three-phase motors, where lockout of all three phases is necessary for any permanent malfunction. The recloser is chosen depending on the needed electrical ratings, the interrupting and insulating medium, and whether a user uses hydraulic or electronic control.

The following is the manner of operation:

Larger reclosers employ this mode, which includes three-phase trip and three-phase lockout. For each trip operation, all contacts open simultaneously for any fault (single-phase-to-ground, phase-to-phase, or three-phase). The exact mechanism controls the three phases, which a user connects mechanically for tripping and reclosing.

A user can mount three-phase reclosers in various ways, including pole mounting frames and substation frames.

All three phases trip on an overcurrent simultaneously, reclose, and sequence together.

For overcurrent tripping and reclosing, each phase acts individually. The other two phases trip open and lockout if any phase sequences to lockout state (due to a persistent defect) or if “lockout” is asserted locally or remotely. The energization of three-phase loads with a single-phase for an extended period is avoided.

Single-phase trip and single-phase lockout: Each phase travels and locks out independently of the others. That is mainly for domestic loads and when overcurrent prevents single-phasing of three-phase loads in some way.

When using a pole mount or a substation frame, Triple-single reclosers can be positioned on a pole or in the substation (or directly to a steel substation structure). 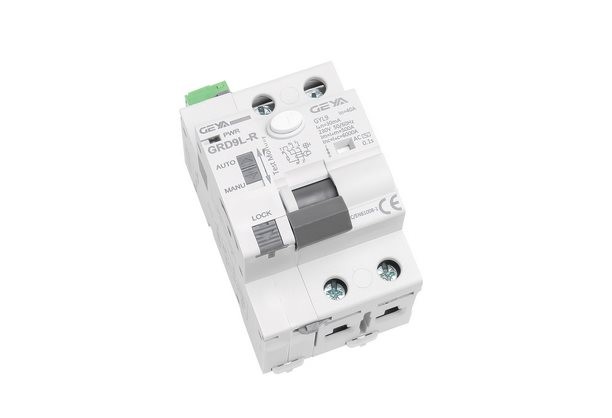 Description of the Auto Reclosing product:

There is some vital information that you must know about auto reclosers. When you are buying a product, make sure that you go through this brief guide. From the types of recloser to its operation, ensure that you have all the details handy before buying the product.

GEYA is an electrical equipment company that has been serving its customers with commitment and dedication by providing them with quality products at affordable prices. We are proud to say that we have maintained a 98.9% customer satisfaction rate since our inception.

No products in the cart.